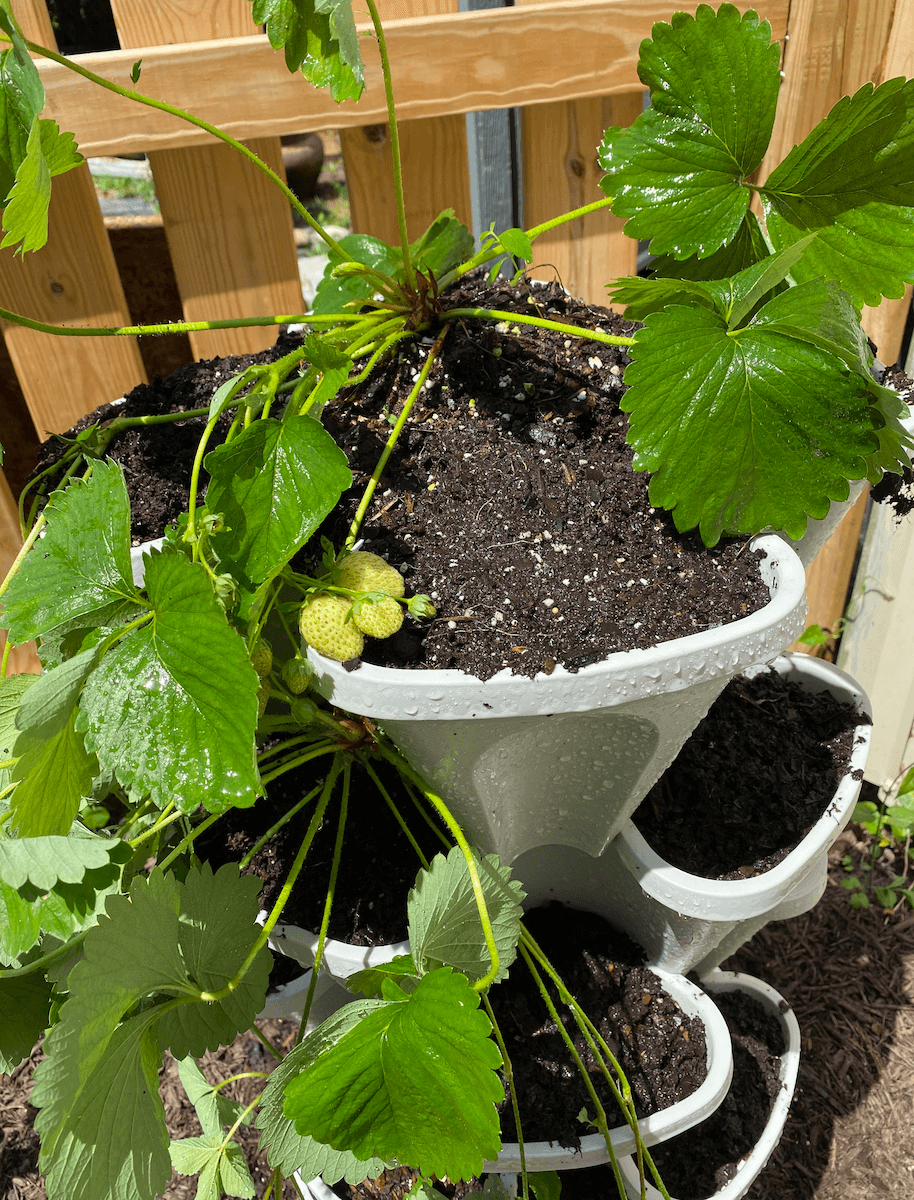 Ended up putting some strawberries in the tiered unit I purchased back in May. I planted in the highest sections and the runners have started to take up root in the lower areas which is exactly what I wanted but I'm not too familiar with growing strawberries yet so we'll see how it goes in the long term. 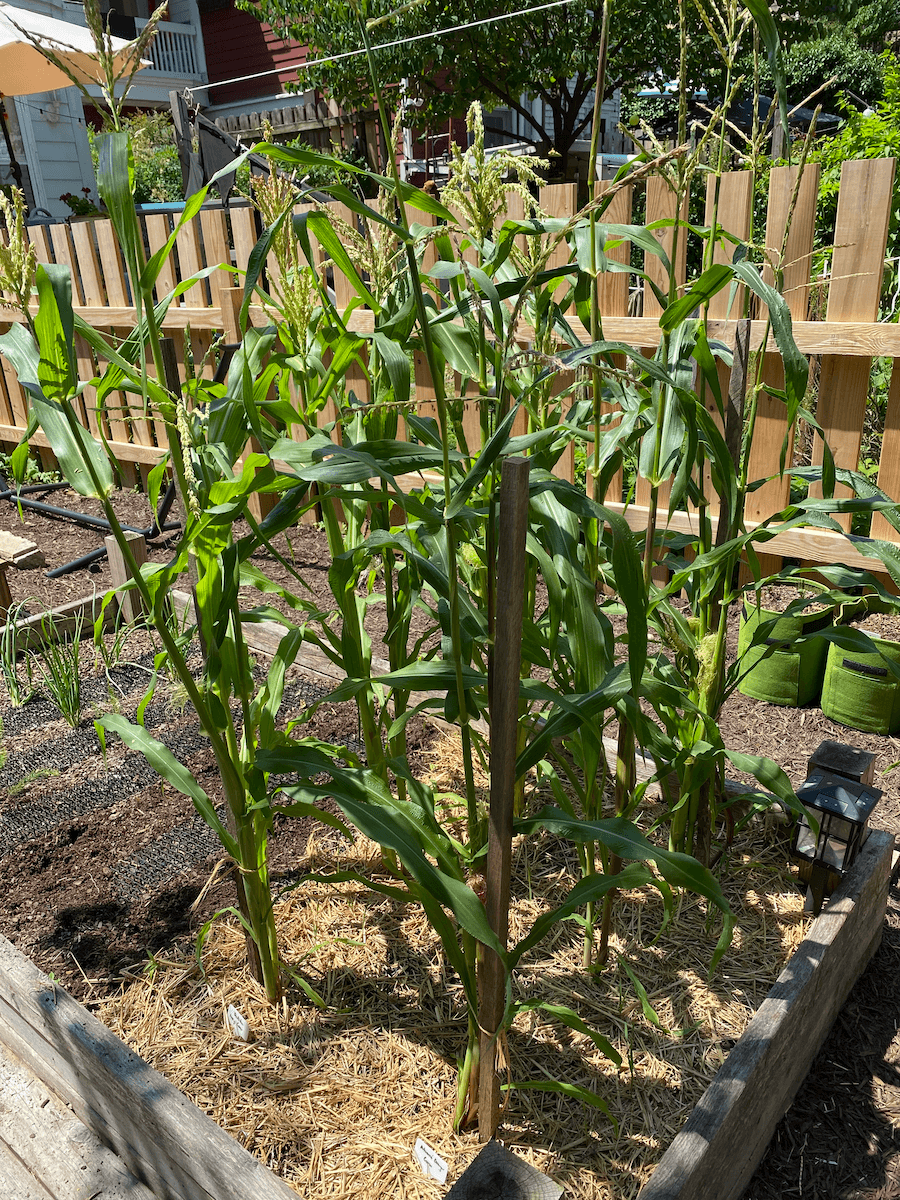 The corn patch has gotten enormous already, much earlier than I anticipated. The old saying I've heard is "knee high by the 4th of July" but it is mid-June and already around 5 feet tall at this point. You can also see I've staked them to hopefully keep them from getting knocked over by pests (specifically the local neighborhood cats) or a strong Virginia thunderstorm. 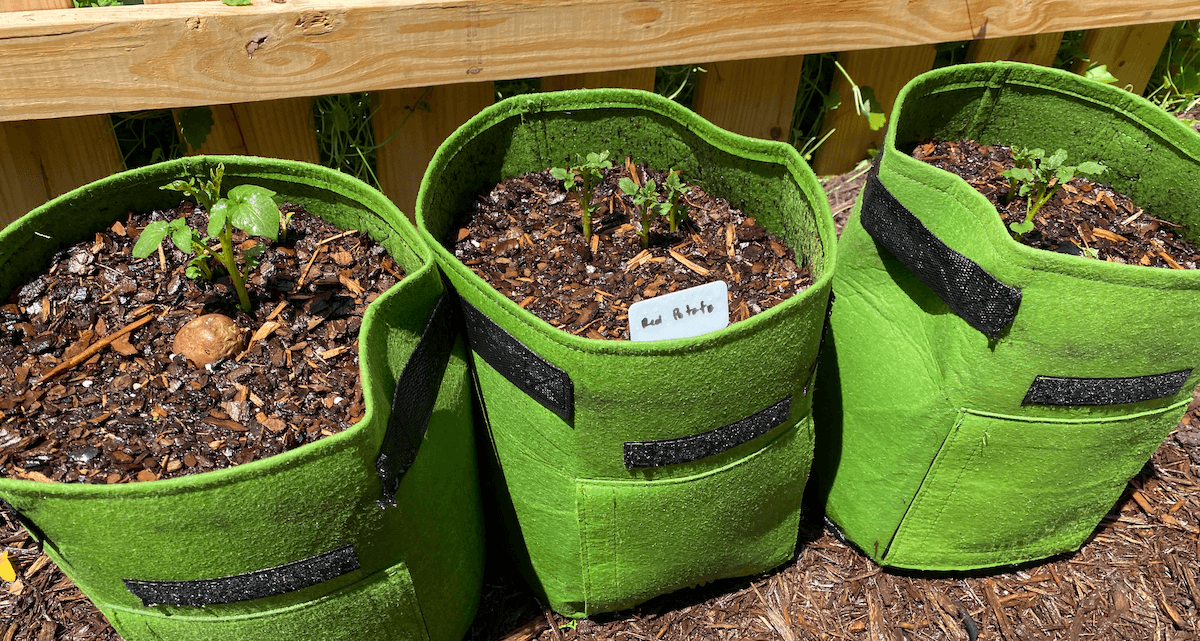 I put some potatoes in the grow bags; seems to be an easy way to test them out with a crop that is allegedly simple to grow. First time I've really tried to grow potatoes though so I'll keep watching them. They have sprouted though which is a good sign. 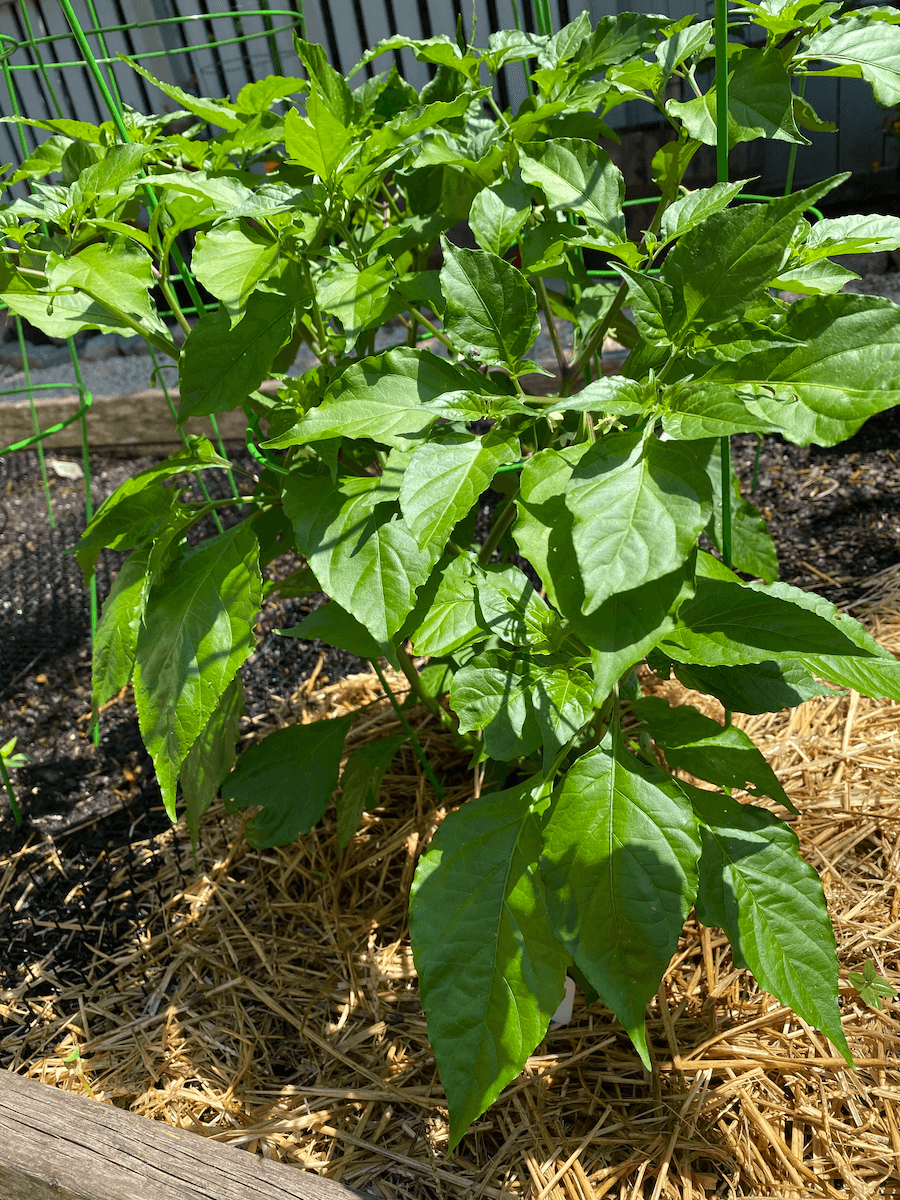 This ghost pepper plant has really taken off, far more than any of the other pepper plants which are not doing very well this year after a late start due to some dead seedlings. There is an orange spice jalapeño and a chocolate ghost pepper that are doing okay. Will try to replant some of the others although it's already pretty late in the season for hot peppers. 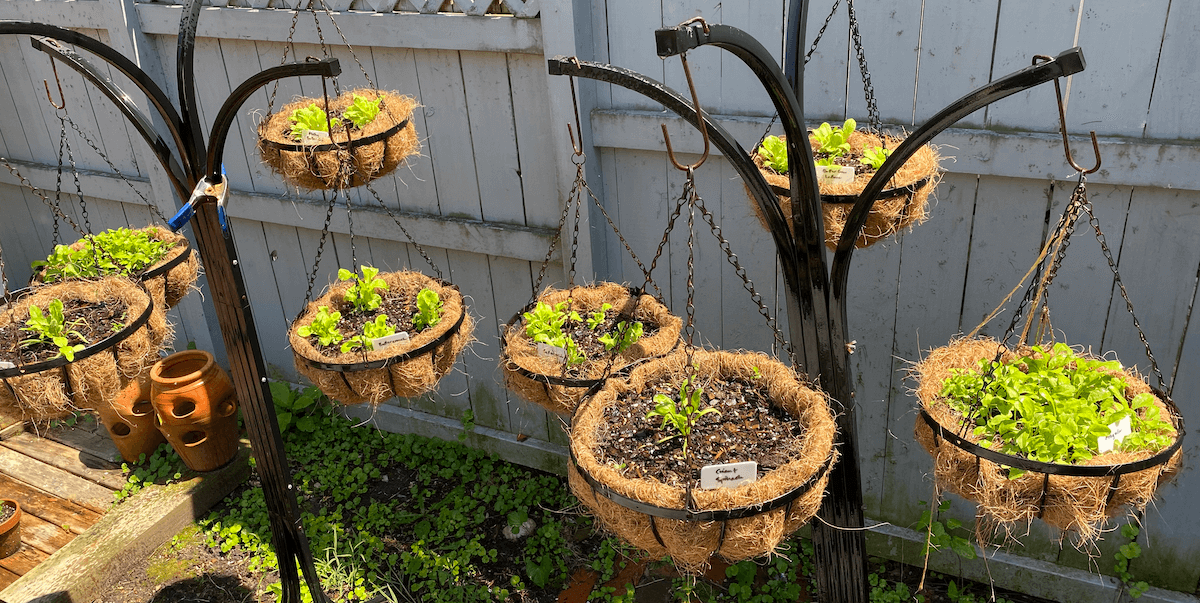 Finally I replanted some lettuce (spinach, buttercrunch, fancy gem, and arugula) and moved these hanging planters to a shadier area after the first round ended up scorched and dried out by the summer sun.